January 23, 2022 marks Van’s 49th year as an insurance agent. He is an active member of MDRT having qualified for Court of the Table in 1990 and Top of The Table for the last 32 years. 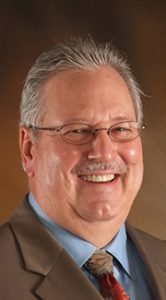 Van was awarded the Milwaukee NAIFA Distinguished Service Award for 2003. And in 2010 Van was the proud recipient of the A. Jack Nussbaum Distinguished Service Award for NAIFA – Wisconsin. He has also qualified for the National Sales Achievement Award, the National Quality Award, the Health Insurance Quality Award, and has qualified many times for the National Association of Health Underwriters Leading Producers Round Table. Van was selected by Senior Market Advisor Magazine as the 2010 Advisor of the Year.

Van believes that the next decade will be “The Greatest Time Ever” for Insurance and Financial Service Professionals!